Tofacitinib Induced Psoriasiform Lesion in a Patient With Rheumatoid Arthritis

Paradoxical psoriasis or psoriasiform (PPsO) lesion is an adverse effect, represented by the occurrence of a psoriasiform lesion or exacerbation of psoriasis caused by the drugs normally used for the management of psoriasis. Tofacitinib, a small molecule that inhibits janus kinases (JAKs), is a drug used for the treatment of psoriasis and also rheumatoid arthritis (RA).[1,2] Herein, to the best of our knowledge, we present the first case of a male patient with RA who developed psoriasiform lesions following treatment with tofacitinib, and discuss the possible pathogenetic mechanisms.

A 45-year-old male patient with RA was referred for newly onset skin rashes on his arms and legs after starting the treatment with tofacitinib (Figure 1). He was taking methotrexate 5 mg/weekly, folic acid 5 mg/weekly and tofacitinib 5 mg twice a day for RA. Disease had started nine years ago, first with pain and swallowing on his ankle. Within one year, arthritis developed on wrist, metacarpophalangeal (MCP) and proximal interphalangeal (PIP) joints, with no involvement in distal interphalangeal (DIP) joints. The patient had no inflammatory back pain symptoms. Psoriasis was not present in his or his family’s medical history. Laboratory tests were negative for antinuclear antibody, extractable nuclear antigen profile, anti-cyclic citrullinated peptide, rheumatoid factor and human leukocyte antigen B27. Erythrocyte sedimentation rate was 26 mm/hour and C-reactive protein was 12.6 mg/L (0-5 mg/L). There were bilateral ulnar styloid erosions, carpal erosions and osteopenia on his hand X-ray; marginal erosions on fifth MCP, second MCP, third PIP joint, subluxation on second MCP joint on right hand; joint erosion and subluxation of first MCP, erosion and joint space narrowing of second PIP joint on left hand (Figure 2). DIP joints were normal on both hands except two osteophytes. On his pelvis anteroposterior X-ray, sacroiliac joint spaces were normal (Figure 3). Patient’s type of joint involvement and radiological findings were consistent with RA but not psoriatic arthritis. In this course, he had used methotrexate, sulfasalazine, leflunomide, hydroxychloroquine and glucocorticoids at different times. Because of the ineffectiveness of the conventional synthetic disease-modifying anti-rheumatic drugs, etanercept was started. Then, etanercept induced skin rashes with unknown characteristics and was stopped subsequently. After improving of the skin rashes, rituximab was started but discontinued due to the ineffectiveness. Tofacitinib was started when his disease activity was high (disease activity score-28 [DAS28] >5.1). Skin rashes appeared on the third month of the tofacitinib therapy while disease activity was low (DAS28=2.8). We consulted the dermatology. Dermatological examination revealed multiple, clearly demarcated, silvery, squamous and erythematous papules and plaques on the arms, legs, and ankles. Skin biopsy was performed. Epidermal parakeratosis, hyperkeratosis, focal hypogranulosis, and acanthosis with elongation of the rete ridges were observed in the skin biopsy. He was diagnosed with psoriasis. We decided that tofacitinib induced psoriasiform lesions, so tofacitinib was discontinued and leflunomide was started. After two months, lesions were improved. A written informed consent was obtained from the patient. 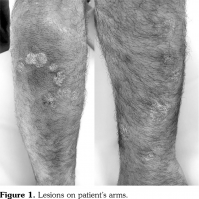 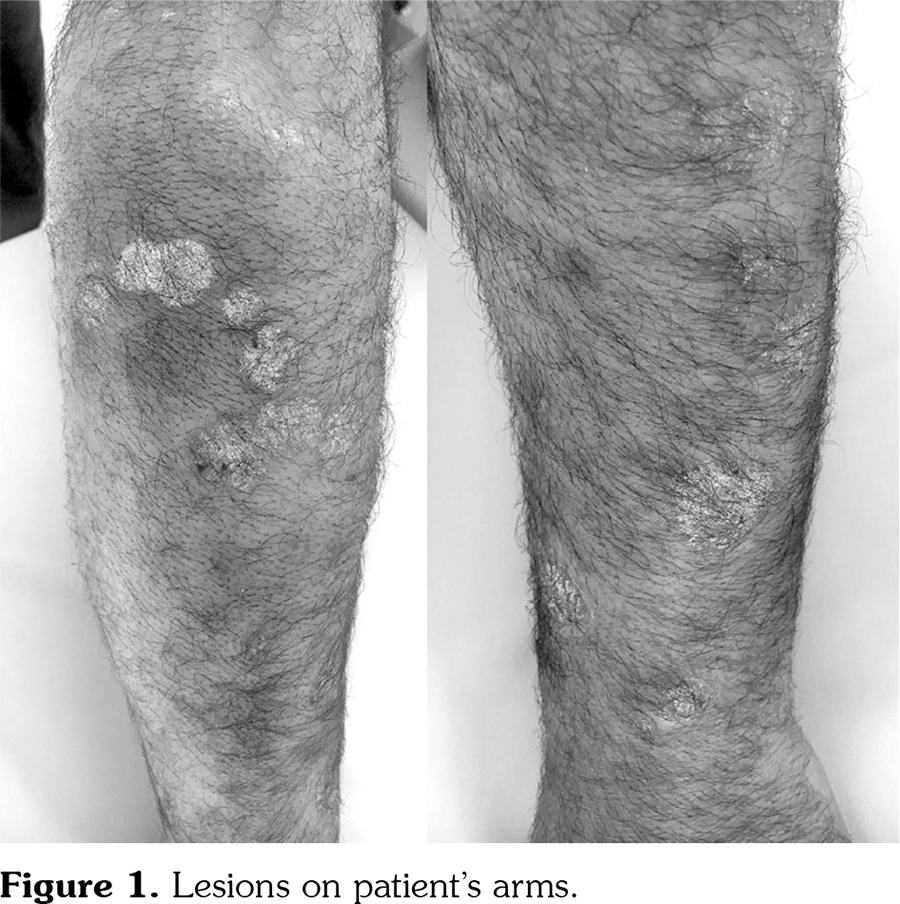 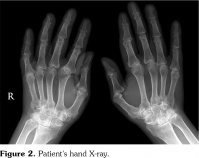 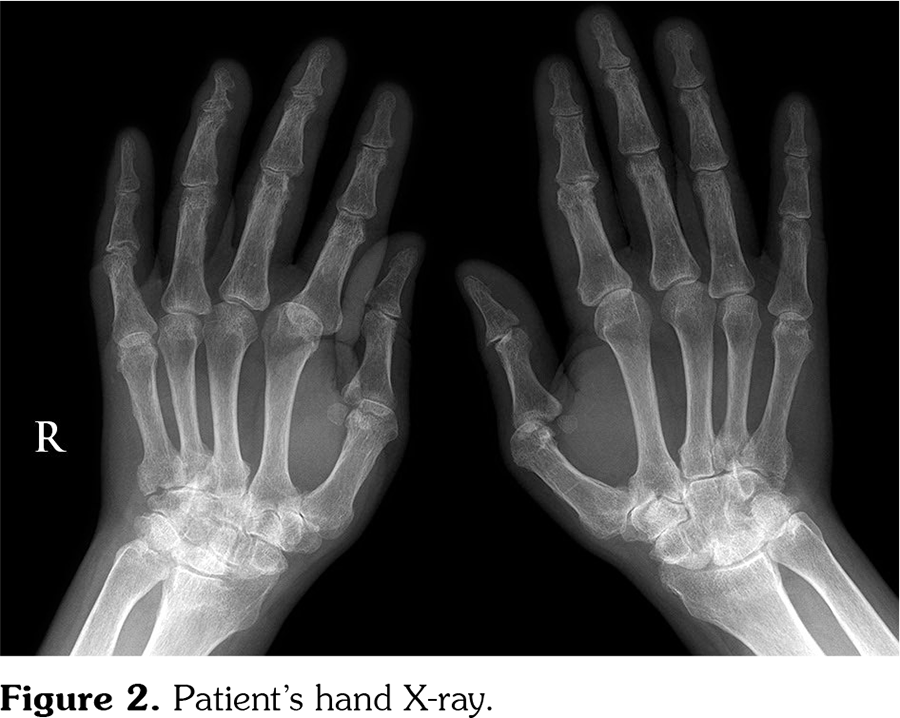 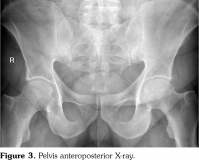 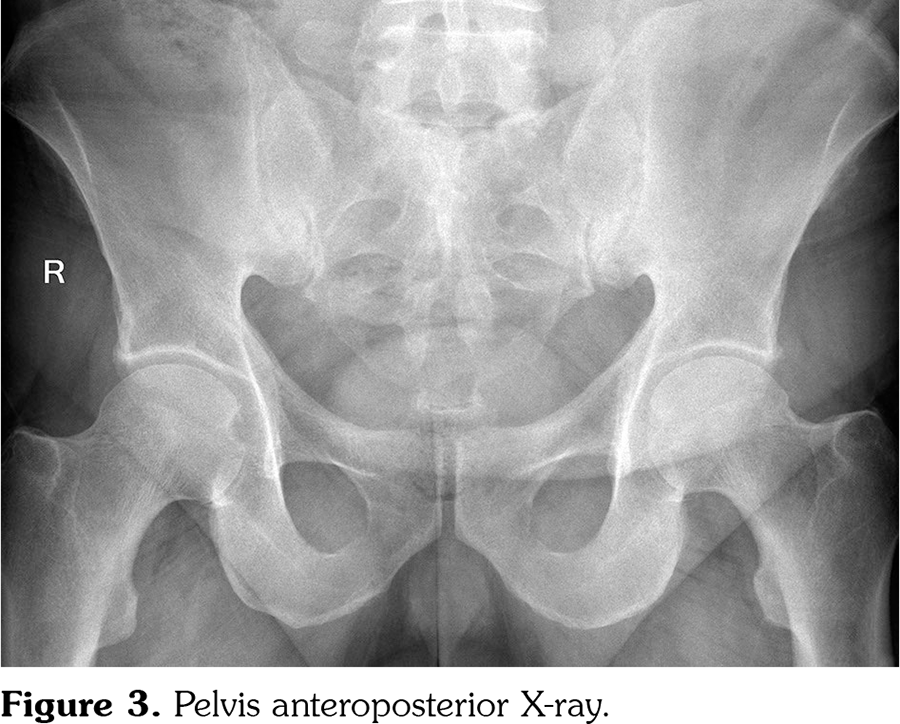 To the best of our knowledge, this is the first case of tofacitinib induced PPsO lesion. It is well known that tumor necrosis factor inhibitors (TNFi’s) are used for the treatment of inflammatory diseases including psoriasis while they may also cause PPsO.[3] However, there is no data about the association of PPsO and tofacitinib which has been used for RA since 2012 and which is relatively new for the treatment of psoriasis. Tofacitinib is a small- molecule, inhibiting JAK1 and JAK3 and, to a lesser extent, JAK2.[4] In psoriasis pathogenesis, many of the cytokines take role through the JAK-signal transducers and activators of transcription (STAT) signaling pathway like the expression of interleukin (IL)-23 and IL-23 dependent releasing of IL-17, differentiation of T helper type 1 (Th1) cells. In RA pathogenesis, production of IL-17 and interferon-gamma (IFN-γ) and proliferation of CD4 T cells (presumably Th1 and Th17) is dependent to JAK-STAT signaling pathway.[5,6] Therefore, tofacitinib is an effective agent both in the treatment of psoriasis and RA. Moreover, a great number of case series reported the effectiveness of tofacitinib in various inflammatory diseases.[7,8]

Tumor necrosis factor-alpha (TNF-α) inhibits plasmacytoid dendritic cells (pDCs) and IFN-α production which is the key pathogenetic event in early psoriasis. Therefore, it has been proposed that TNFi agents, inhibiting TNF-α, may favor an overproduction of IFN-α by pDCs that may explain the underlying mechanism of TNFi induced PPsO.[3] Tofacitinib inhibits JAKs and causes downstream of multiple cytokines including IFN-α, thus in the pathogenesis of tofacitinib induced PPsO, imbalance of IFN-α and IFN-γ may play a role.[9] Another possible pathogenetic mechanism of tofacitinib induced PPsO like the TNFi induced PPsO is the expansion of pathogenic Th1 and Th17 cells in the peripheral lymph nodes due to the decreased Th1 and Th17 cells in the inflamed synovium in RA.[10]