Prevalence of Rheumatoid Arthritis and Spondyloarthritis in Turkey: A Nationwide Study

Rheumatoid arthritis (RA) and spondyloarthritis (SpA) are the most common inflammatory arthropathies in adults. RA is a systemic, autoimmune, inflammatory disease primarily affecting the peripheral synovial joints. Owing to progressive joint damage, it may result in functional impairment and disability. SpAs are a group of rheumatic diseases including ankylosing spondylitis (AS), psoriatic arthritis, reactive arthritis and enteropathic arthropathies. In developed countries, a large number of publications are available on the prevalence of RA and SpA.(1,2) However, in low- and middle-income countries, studies on RA and SpA are sparse. Likewise, in Turkey, epidemiological studies regarding RA and SpA reported to date are very few and regional, rather than nationwide.(3-5)

This study was conducted in two steps: in the first step the aforementioned French questionnaire was translated into Turkish and validated through a group of patients followed up at the rheumatology departments of Akdeniz University Hospital (Antalya), and of Ankara University Hospital (Ankara). In step II, the validated Turkish version was used in a nationwide survey to detect the prevalence of RA and SpA in 25 provinces of Turkey. The study was conducted in accordance with the principles of the Declaration of Helsinki.

The original French questionnaire, which comprised 33 items covering signs, symptoms, self-reported diagnosis and classification criteria for RA (American College of Rheumatology [ACR] 198714) and SpA (The European Spondylarthropathy Study Group [ESSG] 1991,15) was translated into Turkish using the standard methodology of forward then backward translations and expert committee decision making.(16) 200 patients were included in the study (80 males, 120 females; mean age 44.0±13.1 years; range, 19 to 75 years). The questionnaire’s validity was tested by administering it to the subjects, divided into four groups: (i) patients with RA, (ii) patients with SpA, (iii) patients with diagnoses of non-inflammatory musculoskeletal diseases such as osteoarthritis, osteoporosis, fibromyalgia, disc herniation, spondylosis and non-specific mechanical low back pain, and (iv) controls. All patients were recruited from the hospital registries of Akdeniz University and of Ankara University, and controls were selected from the general population using randomly sampled telephone numbers. All patients with RA and SpA were also required to fulfill ACR 1987 and ESSG 1991 classification criteria, respectively. Two certified rheumatologists and two physiatrists experienced in rheumatic diseases ascertained the patients’ clinical diagnoses and documented their findings on standard forms. All the subjects were interviewed by telephone by a trained layperson who was unaware of the patients’ diagnoses. Subjects who did not answer the telephone were reached by subsequent calls.

Turkey is a country divided into seven geographical regions (the Aegean [the Western], the Marmara [the Northwestern], the Mediterranean [the Southern], the Black Sea [the Northern], the Central, the Eastern, and the Southeastern) and 81 administrative provinces. Its population derived from the national census data was 67.8 million in 2000.(17)

In step II, the validated Turkish questionnaire was administered face-to- face to randomly selected 4,012 subjects (1,670 males, 2,342 females; mean age 41.5±16.8 years; range, 16 to 97 years) by 20 trained general practitioners across the country for case detection. For randomization process, a two-stage cluster sampling method was used (Table 1). The first stage corresponded to all the seven geographical regions mentioned above and the second stage to 25 provinces: Adana, Afyon(karahisar), Ankara, Antalya, Aydın, Bursa, Denizli, Diyarbakır, Edirne, Elazı¤, Erzurum, Gaziantep, Isparta, ‹stanbul, ‹zmir, Kayseri, Kırıkkale, Kocaeli, Konya, Malatya, Manisa, Mersin, Samsun, Sivas, and Van (Figure 1). Two levels of either urban or rural settlement type defined the second stage. Urban clusters were selected by the proportional sampling method using zip codes and the rural clusters were sampled from the lists of villages not further than 80 km from the relevant provincial city center. The number of clusters was determined in proportion to the size of the urban and rural population of the relevant province. For intra-cluster sampling, a quota sampling method was used to determine the appropriate number of subjects according to the age and sex. The interviewer chose any street from the sampled zip code by his own will and started the interviews beginning from the first block on the right side of the street in the urban settlements or beginning from the first house on the right side of the reeve’s office in the rural settlements until he/she completed the predetermined cluster size. Inclusion criteria for the study were as follows: being 16 years of age or over, giving oral consent to participate in the screening, and being a citizen of Turkey. All the subjects belonging to the household and present on site during the screening were interviewed, but those who were cognitively impaired or unable to understand the questions, or unable to give clear answers were excluded. Any present visitors not belonging to the household but belonging to the same cluster were included; otherwise, they were excluded.

Table 1. Procedure of sampling and randomization in step II
×

Figure 1. Regions of Turkey and provinces selected for the study.
×

The diagnostic procedure was carried out according to the algorithm suggested by the questionnaire itself. For case confirmation, the subjects who were suspected of having RA or SpA in accordance with the questionnaire were invited to the nearest university hospital to be examined by a rheumatologist or a physiatrist experienced in rheumatic diseases and, if needed, to undergo some laboratory and/or X-ray investigations to confirm the diagnosis.

The sensitivity and specificity were calculated for each item of the questionnaire, separately and in combination, in reference to the clinical diagnosis and the classification criteria. Statistical analysis for step I was performed using SAS® 8.0 statistical software.

We found that at least 3,984 individuals needed to be included in our study, for an estimated prevalence of 0.03 and precision level of 0.01, corrected by a 1.6-fold increase for the impact of design at an α error level of 0.05. Using the direct standardization method, the prevalence estimates were adjusted for age and sex to Turkey’s population based on the data obtained in the 2000 Turkish national census. The 95% confidence intervals (CIs) were calculated as suggested.(18) Odds ratios and 95% CIs for regional variation of standardized prevalence estimates were obtained using MedCalc® statistical software version 17.6 (MedCalc Software bvba, Ostend, Belgium). 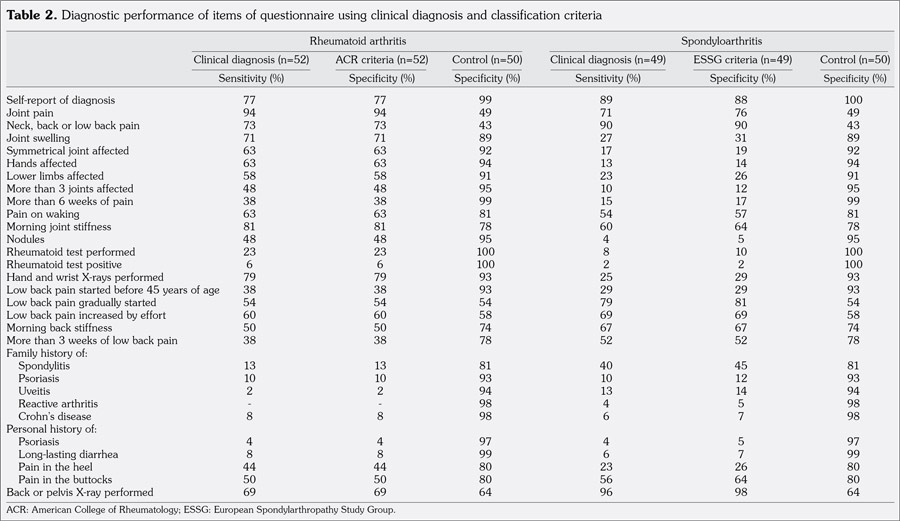 Table 4. Distribution of cases by age group and sex
×

Table 5. Standardized prevalence of rheumatoid arthritis and spondyloarthritis in overall population of Turkey aged 16 or over
×

Table 6. Crude and standardized prevalence of rheumatoid arthritis in regions of Turkey
×

Table 7. Crude and standardized prevalence of spondyloarthritis in regions of Turkey
×

To the best of our knowledge, this is the first nationwide survey showing the estimates of prevalence of RA and SpA in Turkey. Previous epidemiological studies on RA and SpA in Turkey were carried out in just one urban metropolitan area, i.e. Antalya(4) or in a few urban quarters not representing the whole metropolitan area, i.e. ‹zmir(3,5) or in a few regional small urban areas, i.e. the eastern Black Sea region(19) or in an urban and rural area of a small town, i.e. Havsa.(20) All of these studies were performed using face-to-face questionnaires. Of those, three used cluster sampling,(3-5) one intended to reach the entire population living in the study area(20) and one did not mention how the sampling procedure was managed.(19) Four of those studies were held mainly in coastal urban areas,(3-5,19) not taking into consideration the hinterland and rural areas. Therefore, our study had the advantage of covering both urban and rural areas and also inland Turkey.

We used a questionnaire endorsed by EULAR, which was also used in France, Lithuania and Serbia,(9,10,12,13) providing a reliable opportunity to compare the differences between countries. However, we used it in face-to-face interviews unlike the telephone interviews employed in France, Lithuania and Serbia, because neither the landline phones nor the mobile phones were in use in some rural areas of Turkey and landline phones where available in Turkey were largely being replaced by mobile phones at the time the survey was carried out. In doing so, we aimed to capture all the individuals intended to be involved in the study. Thus, despite being less costly than face-to-face surveys, telephone surveys might result in lower response rates.(21)

We detected no case of RA or SpA in the Southeastern region. This could be partly explained by the region itself, containing one of the smallest populations in the survey. It is hard to establish a conclusion, since no prevalence study conducted in this region exists, which would support this result. Further regional studies using the same methodology related to the prevalence of RA and SpA are required to assist us in understanding the genetic and environmental factors.

Our study has some limitations. Face-to-face interviews might have their own limitations such as encountering more females than males in households, since the labor force is overwhelmingly comprised of males in Turkey, rendering the females mostly homemakers. Accordingly, 58% of the individuals involved in our study were females whereas the national census performed in 2000 showed that females constituted 50% of Turkey’s population. The rate of females was even higher (61%) in the Northern region where the prevalence of RA was highest. This could be a bias for the higher prevalence of RA as it is known that RA is mostly seen in females. However, in the Lithuanian study in which the same methodology (by telephone) was used, the authors emphasized the same problem.(12) Another limitation of our study was not studying the HLA-B27.

In conclusion, our study showed that a north- south gradient of RA across Europe might not exist, compared to the prevalence reported from Northern European countries.(12,28) However, a north-south gradient of RA might exist in Turkey. Regarding SpA, the proportion of female patients may be higher than expected while there are interregional differences in the prevalence of SpA.

This survey was supported with an unconditional Grant to Turkish League Against Rheumatism from Sanofi Health Products Company (former Aventis), Turkey. The secretary expenses was covered by EULAR Standing Committee on Epidemiology and Health Services Research.