Takayasu’s arteritis is a chronic, non-specific primary and granulomatous vasculitis of large vessels such as the aorta and other major branches.(1) Clinical signs of pulmonary artery (PA) involvement as the initial presentation are unusual and there are only few case reports of Takayasu’s arteritis patients complaining of symptoms of pulmonary hypertension (PH).(2-4) Treating this disease with pulmonary endarterectomy (PEA) is also rare.

A 23-year-old female patient was referred to our hospital due to three-week history of progressive dyspnea with nonproductive cough and poor exercise tolerance which deteriorated within two days. Her right brachial and radial pulses were diminished. There was a right ventricular heave, loud S2 and a grade 2/6 systolic murmur heard throughout the pericardium. Forced expiratory volume in 1 second/forced vital capacity ratio was 89%, forced vital capacity was 71%, and forced expiratory volume in 1 second was 74% in lung function test. Initial laboratory analysis revealed C-reactive protein of 3.76 mg/dL (0-0.5 mg/dL) and erythrocyte sedimentation rate of 33 mm/h (0-20 mm/h). On admission, the patient was in the New York Heart Association functional class III with a six minutes walk distance of 270 meters.

Systolic PA pressure was 95 mmHg and mean PA pressure was 45 mmHg. Vasoreactivity testing was performed with inhaler iloprost which showed that patient had negative vasodilator response.

We decided to perform PEA, since our patient was in New York Heart Association functional class III, had PA hypertension, had no significant comorbidities, and showed computed tomography angiographic evidence of PA tree obstruction despite three months of anticoagulation. Other causes of PA hypertension were excluded. During surgery, the pulmonary arteries were thick walled and fibrotic, making the operation technically challenging. However, successful bilateral endarterectomy was performed for each lobe (Figure 1). Postoperative period was unremarkable since the mean PA pressure decreased from 45 mmHg to 25 mmHg and the patient was extubated on postoperative day one and discharged on postoperative day 10. 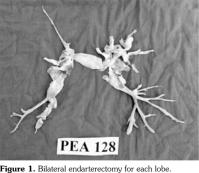 Figure 1. Bilateral endarterectomy for each lobe.
× 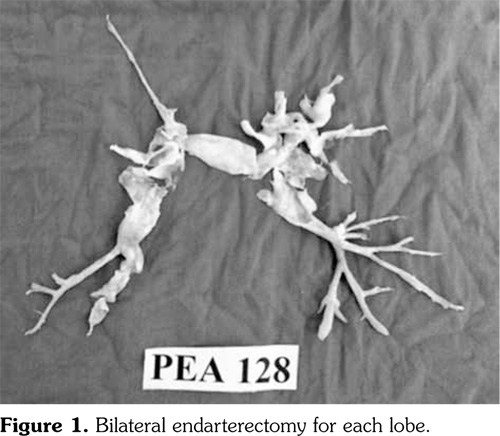 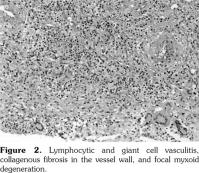 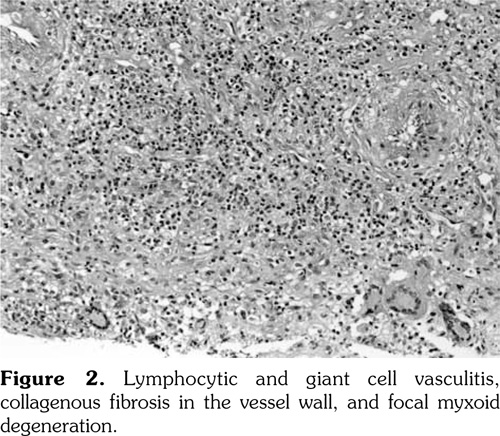 Surgery combined with medical treatment improved patient’s symptoms significantly and her condition has been stable for the last two years with normal erythrocyte sedimentation rate and C-reactive protein.

The arteritic process in patients with Takayasu’s arteritis is not only limited to the aortic arch. PA involvement was found in an average of 50% of cases studied.(6,7) In a study with 60 cases of Takayasu’s arteritis, Kerr et al.(8) demonstrated a 10-month delay between the onset of the first symptoms and diagnosis. It may have been challenging to distinguish these cases from primary lung disease and chronic pulmonary embolism.

Moreover, our patient had severe PA hypertension accompanied by progressive dyspnea and poor exercise tolerance. After three months of clinical follow-up, surgical treatment was recommended to relieve the PA obstruction and PH.

Pulmonary endarterectomy is the procedure of choice and potentially a curative option for patients with CTEPH. The technical aspects of the surgery have been refined over the past 20 years and the procedure is currently performed with limited risk in experienced centers. Surgical candidates undergo PEA according to the standardized technique previously described.(11)

We treated the patient with immunosupressive therapy and inhaler iloprost -a stable analogue of prostacyclin- postoperatively. Following extubation, inhaled iloprost was started at doses of 2.5 μg, six times per day since iloprost is known to reduce residual postoperative PH, decrease right ventricular afterload, and may facilitate the early postoperative management after PEA.(11) It has been shown that inhaler iloprost was effective in PAH associated with connective tissue diseases and in operable CTEPH.(12)

In conclusion, Takayasu’s arteritis may mimic CTEPH. Entertaining the diagnosis preoperatively is of benefit so that the patient can be informed about the differential diagnosis and the surgeon can plan to undertake a reconstructive procedure of a PA as well as PEA. The surgery combined with medical therapy may be effective in PH associated with Takayasu’s arteritis.